US Congress Resolution (H.Res. 296) of October 29, 2019 «Affirming the United States record on the Armenian Genocide»

MFA: Turkey should reconsider its current hostile policies against Armenia 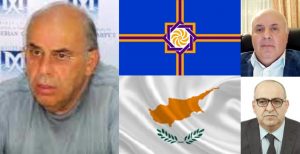 Of the Members of the National Assembly (Parliament) of Western Armenia

To the member states of the United Nations Security Council,

To the European Parliament, to the member states of the Council of Europe,

To Greek, Armenian and Assyrian peoples, their spiritual and national leaders, as well as peoples of the Greater Middle East and the Balkans whose historical rights were violated by the Turkish state and governments

We, the undersigned, call on the Greek, Armenian and Assyrian, as well as other peoples of the Greater Middle East and the Balkans to establish strategic partnership based on historical justice and international law. We consider it our duty to finally fulfill the rights of our nations that were granted to us and enshrined in international treaties and conventions, but which were not brought to life.

This application is based on specific historical facts recorded in international documents. They are:

It is also worth noting that the Turkish state, for more than a hundred years, has been pursuing a policy of genocide and state terror against its own Greek, Armenian and Assyrian citizens, who are indigenous peoples of the region. From the end of the 1920s, the same policy is applied to Kurds and Yezidis.

So the Turkish state continues its genocidal policy of persecution, massacre and deportation against the indigenous peoples, forcing them to leave their places of residence.

We consider it appropriate once again to list the crimes of the Turkish state, which were defined as “New crimes of Turkey against humanity and civilization” in a joint statement by the Great Britain, Russia and France in May 24, 1915:

“Turkish historical company” was established in 1931 by the order of Kemal Ataturk. Turkish and foreign historians hired by the Turkish government have been involved in that company. They were ordered to clean archive materials; to fake ancient histories of nations lived under the command of Ottoman Empire and make new ones. Of course, it is possible to clean archive materials, but how to explain disappearance of millions of Greeks, Armenians and Assyrians from the territory of Ottoman empire.

This is an incomplete list of crimes by succeeded governments of Turkey. Crimes, which have been done against Greek, Armenian, Assyrian and other nations of The Greater Middle East, Balkans, and of The Mediterranean and Black Sea basins, against humanity and civilization in last 100 years, which continues till now.

The Turkish government was not punished for the occupation of the northern part of the Republic of Cyprus in 1974. Thus today’s Turkish impudent authorities continue roughly violate all norms of international law. That is why today we are appealing to the Greek, Armenian, Assyrian and other nations of the region, as well as to their national and spiritual leaders by the offer to unite their forces for development joint tactics and strategy for facing historically unpunished occupier. We consider necessity to pursue the process of returning occupied territories and restoring the violated rights of our nations.

Only by such joint, united forces and efforts we will be able to put an end to state terrorism by the Republic of Turkey directed against peoples of The Greater Middle East, Balkans, and of The Mediterranean and Black Sea basins.

We all witness those atrocities, which the Republic of Turkey carries out today in the Middle East and in the Mediterranean area causing irreparable damage to the statehood and sovereignty of Syria, Iraq, and Cyprus and most importantly to the lives and prosperity of the peoples living at this region. We must put an end to Turkish powerlessness.

We are convinced that the international community, particularly United Nations should take every effort to ensure fundamental rights to peoples of the region for living, developing and for having future.

At the same time, we appeal to all forces of the region to unit for reaching above mentioned aims and for reining in the occupier. We hope that our appeal will be perceived with understanding and will find constructive response.

“Patrida” NGO of Greeks of Armenia and Artsakh, Chairman

International Academy of Spiritual Unity of Peoples of the World, Deputy Chairman

Mamber of Scientific Council of the Russian Academy of Science,

Academic of the Russian Academy of Natural Sciences,